For the Industrial Development Board of Scott County, the good news kept coming last week, in terms of grant funding.

The IDB learned that the East Tennessee Development District has received a $600,000 coalition grant on behalf of several counties in the region, which will benefit the IDB’s efforts to clean up the site of the former Tibbals-Hartco property in Oneida. And that comes on the heels of another six-figure grant that will increase the water supply at Huntsville Utility District’s Flat Creek Reservoir.

Together, the grants represent a major shot in the arm to Scott County’s efforts to build infrastructure as it recruits companies amid the economy’s post-pandemic rebound.

The ETDD grant consists of $600,000 in funding from the federal Environmental Protection Agency (EPA) in what is termed a “Brownfields Assessment Coalition Grant.” The Brownfields program is designed to help clean up contaminated and abandoned industrial and commercial properties. The grant will benefit Roane County and the cities of Rocky Top and Morristown, in addition to Scott County. But Scott County expects to receive the lion’s share of the money to put towards cleaning up the Armstrong property.

“Being awarded the EPA Brownfield grant is undoubtedly the best economic development news Scott County has received in a decade,” said Scott County Mayor Jeff Tibbals. “Developing industrial properties is essential to the future of economic success in Scott County, and this funding could be the key to bringing Scott County out of the ARC designation of ‘Distressed.’”

The IDB acquired the former Armstrong site from American Hardwood Flooring in 2020. Since that time, clean-up efforts have been ongoing, as the IDB attempts to prepare the site for future commercial use.

Stacey Swann, executive director of the IDB, explained that Phase I of the process — an examination of everything above-ground — has already been completed. The EPA grant will fund Phase II, during which “we’re going to sort of dive in and see if there are any contaminants or any environmental issues and what we need to do to clean those issues up,” she said. “Obviously the site has been used for many years and we want to make sure it’s a safe and clean site for the next round of industries that come in and are able to use it.”

There could be further good news coming that will aid the IDB’s efforts. Swann is awaiting news on another grant that has been applied for, with a decision expected in July. That grant would help develop a master plan for cleaning up the site. And, once both of those grants are completed, further grant dollars can be applied for to actually take care of the clean-up process, as teams work to mitigate any issues that are uncovered during Phase II.

So far, the IDB has funded clean-up efforts by auctioning off equipment that AHF left behind when it sold the site. “We’ve done small clean-up on environmental issues but we’re looking for future grants,” Swann said. “This grant from the EPA is a gateway grant. We have to go through this process to get to the next phase, which is clean-up money.”

At the Armstrong property, the sprawling 110-acre site across the railroad tracks from the heart of Oneida’s downtown area, the IDB sees limitless possibilities. It isn’t likely that the property will be developed by a single industry. Rather, it’s likely that several different companies will eventually share the property.

“We already have some places available and the IDB is ready to lease those out,” Swann said. “Kingsford Charcoal is already there and we’ve talked to a couple of other groups about office space.”

The IDB has been actively working to recruit a call center for the office building that is on site, and has had some leads.

“That office would be one of the most wonderful locations for a call center,” Swann said. “We’re looking closely with the team from Highland Telephone. They and Plateau Electric Cooperative are extremely invested in trying to help us.”

HTC’s infrastructure in Scott County — which includes a fiber network with a connection to 100% of the homes and businesses within the county — has helped make a call center possible. The cooperative and its wholly-owned subsidiary, Highland Communications, offer a network with a 100 gig backbone that can deliver nearly unlimited internet and data capabilities to companies.

“Their capabilities, for a rural county, are amazing,” Swann said of HTC. “There’s such an emphasis put on by the state right now when it comes to broadband because they’re realizing, especially through covid, the importance of being able to work from home. And Highland already has all the infrastructure that you need. When we tell companies the capabilities we have here their jaw drops because they aren’t used to rural counties being this far advanced.”

While the Armstrong property continues to be prepared for future use, Swann called the reservoir project in Huntsville one of the most exciting projects that the IDB has undertaken in the past 10 years.

“It shows companies that we’re forward-thinkers,” she said of the project, which will raise the level of the Flat Creek Reservoir by about three feet, creating around 50 million gallons of additional water storage. “We’re looking at the future and sustainability.”

In seasons of severe drought, companies that rely on water can be impacted. Just as one example, car washes were forced to close during the 2016 drought. Increased water supply can help such setbacks be avoided.

“This just showcases that we did think forward into the future and our children and grandchildren can start businesses and companies can recruit here,” Swann said. “If companies have huge water needs, we can take care of it.”

Swann said the work to upgrade infrastructure is constant, even if it’s happening behind the scenes and mostly out of sight.

“A lot of people sometimes look and they don’t think a lot is being done here but a lot of it is infrastructure and you don’t always see that,” she said. “I don’t know of a time when our towns haven’t been working on some kind of infrastructure project. Oneida and Huntsville are constantly working on a sewer project. They’re really trying to be proactive and forward-thinking and ensure that we’ll be able to meet the demands of the future, and the electric, gas and phone companies are doing the same thing. Their engineers constantly sit down and look at what the growth trends are in Scott County.”

This story is the June 2021 installment of Profiles of a 3-Star Community, presented by the Industrial Development Board of Scott County on the second week of each month as part of the Independent Herald’s Back Page Features series. 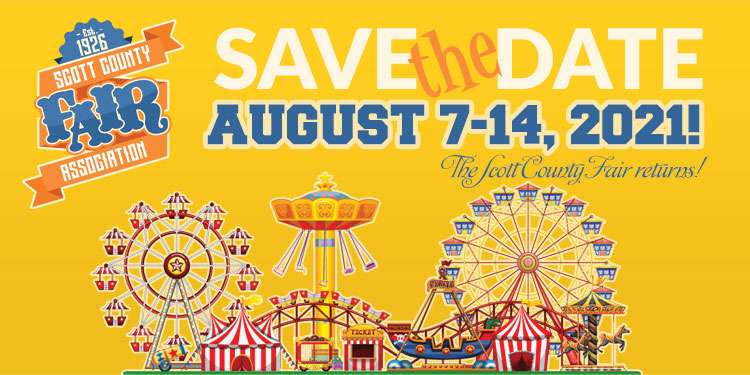 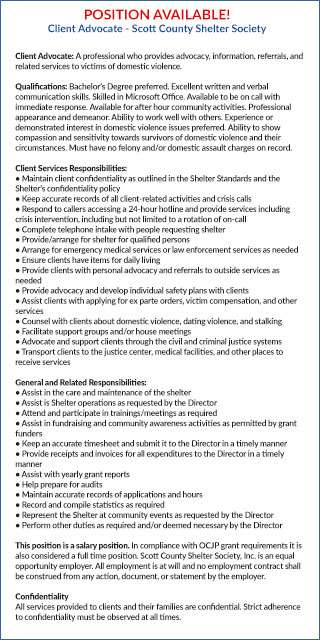