That was the scene at Scott County’s first-ever Recovery Fest at Oneida City Park Monday evening. As September — celebrated nationally as Recovery Month — entered its final week, more than two dozen recovering drug addicts and members of their family gathered at a gazebo at the park to mark their success.

Hosted by But God Ministries — the 501(c)3 organization founded by Scott County’s Randy Byrge — and the But God Army, the Monday evening event was about one thing: celebrating recovery. Byrge and his team threw hot dogs in a Crock Pot, set up a couple of bounce houses for the kids, and invited those who are in recovery to enjoy the evening. One by one, many of those in attendance told stories of how they had become mired in addiction, how they had risked losing it all, and how they battled their way back.

After the testimonials, someone set up a small keyboard in a corner of the gazebo and sang gospel songs while the meal was eaten. Just down the hill, closer to the lake that sprawls the length of the City Park, the shouts of playing kids drifted up from the bounce houses — many of them kids who were once unable to spend time with their parents, but who have since been reunited. Back up the hill at the gazebo, other moms and dads held tight to their babies who were too young to play with the older kids. 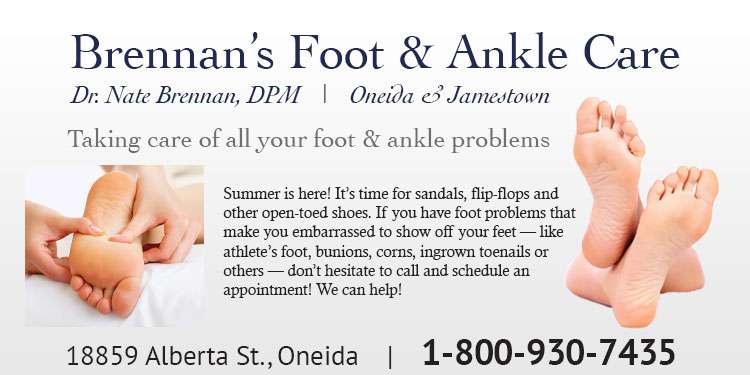 As the 5 p.m. start time came and went, Byrge fretted that not enough people were showing up, describing his mood as “disheartened.” But one, two and three at a time, people continued to file in, until there were more than 100 present.

Later, Byrge posted a picture of the recovery group members who were in attendance to Facebook.

“That’s 24 sober people that people said would never stop (using drugs), and that they would never make it,” he said. “Well, that’s a lie.”

Behind the group, Byrge’s signature banner was prominently displayed: “Everybody has a problem no one can fix … But God.”

“But God” comes from Ephesians 2:4, “But God, who is rich in mercy, for his great love wherewith he loved us, even when we were dead in sins, hath quickened us together with Christ (by grace ye are saved).”

Byrge wore his But God baseball jersey, the number 2:4 on the back.

The first person to take the microphone was Michael Schrock, a former lawman who wound up battling addiction. Schrock detailed how he slipped further and further into the abyss of drug abuse. He was in jail when his dad died — “we didn’t get to have that father-son moment,” he said — and in 2018 reached his lowest point when he started stealing pain pills and checks from “the woman who had raised me as her own son.”

“She is still proud of me,” he said. “I don’t know how she can say that after all the things I’ve done.”

When Schrock’s child was born in 2019, “It should’ve been the proudest day of my life,” he said. Instead, he was in jail.

Schrock said he was looking at a prison sentence of three to five years when he was given the option of trying Recovery Court. It was there that he met Byrge, who had already been through the recovery process at Roloff Homes in Corpus Christi, Tex. and these days serves as a peer recovery specialist to help others find their own way back.

“Randy told me that he loved me,” Schrock said. “That was all it took. After all the things I had done, somebody still loved me.”

Today, Schrock has “learned to love myself again,” he said. And he drew spontaneous applause when he added, “I’ve got my kids back in my home.” He turned back to God and is once again working, he said.

“I give God all the glory,” Schrock said. “I can’t mention recovery without mentioning God.”

While Schrock was talking, a former co-worker walked up. It was Scott County Sheriff’s Office drug agent Kris Lewallen.

“Look who showed up,” Byrge said. “And he ain’t here to get nobody.”

Added Byrge, “Me and Kris used to be friends. Then we went different paths and I hated him. I thought his whole life was to chase me.”

Pictured: Scott County Sheriff’s Department Drug Agent Kris Lewallen was on hand to support Recovery Fest; Recovery Fest was about the hope of recovered drug addicts who have been reunited with their families and are once again productive members of the community; Camaraderie and fellowship were on display at Recovery Fest; “You’re looking at local warriors who people said couldn’t be saved,” Randy Byrge said of the recovery group on hand for Monday’s festival; Nearly 100 people showed up for Recovery Fest. Photos: Ben Garrett/IH

These days, Byrge and Lewallen are back on the same team. They have different jobs, of course. Byrge’s job is to help drug addicts; Lewallen’s job is to enforce the law and get drugs off the streets. But, together, they make up two elements of Scott County’s war on drugs — a war that is gaining traction through a strong stance that is rooted in faith.

Kaitlyn Burchfield, who invited Lewallen to attend the event, also spoke. She recalled that before she left for treatment in Texas, her daughter told her that she was “gonna punch me in the face.”

“I deserved that,” Burchfield said. “I was never a mother to her.”

Burchfield’s story began as a single mother at age 18, before she had graduated high school. “I gave it everything I had and I always came up short,” she said. She started drinking. “I was just running from my problems,” she said. She wound up hooked on drugs, and became a meth addict. Before long, she’d been kicked out of the motel where she was staying and was living in her car.

“I remembered my dad said I always had a place to go, so I said that’s what I am going to do,” she said. But when she got to her parents’ home, she wasn’t allowed to stay. That’s when she sent a message to Lewallen, out of desperation.

“I was as honest as I’ve ever been,” she said, describing the way she poured her heart out to Lewallen and begged for help. Lewallen gave her Byrge’s number. And on Monday, Burchfield was joined at Recovery Fest by her daughter — the same one she was once basically estranged from.

There were others who spoke, too, including the husband and wife team of Ian and Natalie Hurst, who stood together to tell their story. Once both hooked on drugs, they’re now both sober, married to one another, and a productive family.

“Who says that two people who have been addicted to drugs can’t be together?” Byrge asked.

Ian, who has numerous tattoos the entire length of his body, had barely begun to speak before his voice broke off, overcome with emotion.

“The tattoos are just to scare you,” Byrge joked. “Actually, Ian is one of the gentlest and kindest people I know.”

Pictured: The husband and wife team of Ian and Natalie Hurst shared their stories of battling back from addiction; Stephanie Greer hugs her sons after sharing her story of battling her way back from addiction; More than 100 hot dogs and fixings were served at Recovery Fest; Mitzi Byrge applies condiments to hot dogs in the serving line; S.T.A.N.D.’s Trent Coffey hands out potato chips at Recovery Fest; a family consisting of dad, mom and their two children enjoy their dinner while watching the sun set over the lake at Oneida City Park during Recovery Fest. Photos: Ben Garrett/IH

In the background, Byrge’s proud parents — James and Mitzi Byrge of Huntsville — took it all in. Mitzi helped serve the hot dogs, along with Randy Byrge’s close friend, Teresa Braden, his boss, Trent Coffey, and But God Ministries board member Scott Burke. From behind his pickup truck as he finished a phone call, James Byrge surveyed the laughter and camaraderie that was taking place. “Everyone seems to be having fun,” he said. “I’m just thankful Randy is where he is and he can be a part of this.”

For James and Mitzi, their son’s journey from the pits of abuse to playing a central role in Scott County’s recovery efforts is an answer to years of prayers. And now other parents are starting to see the same prayers answered, including a mother who cried silently in the gazebo as her adult daughter gave her recovery testimony, and grandparents who held their grand babies in their arms while their children spoke of their own struggles.

Together, the group represented one overlying theme: hope … hope for a brighter future for a community that has for too long been ravaged by drugs.

Wayne King, owner of Baby J’s Pizza and a civic leader in Oneida, perhaps summed it up best: “Thank you all for being here,” he told the recovery group. “You’re a vital part of our community’s growth.”

The number of active Covid-19 cases in Scott County has dropped below 200 for the first time since August. There are currently 196 active cases...
Read more