JAMESTOWN — Oneida was able to overcome a York rally at the start of the third quarter with two late touchdown runs, covering 39 and 59 yards, for a 21-10 region win that officially locks up a playoff berth and positions the Indians to play for an opportunity to host a postseason game.

The Indians dominated the game, but found themselves behind 10-7 late in the third quarter after York twice capitalized on turnovers — which has been Oneida’s Achilles heel through the first half of the season.

York first connected on a 42-yard field goal early in the third quarter, snapping Oneida’s streak of more than eight consecutive quarters without giving up a point. The Dragons then took the lead when sophomore quarterback Myles Leffew found Caden Stover on a 61-yard touchdown pass.

But Oneida would battle back. First, the Indians scored on a 39-yard scamper by quarterback Caden Rector. Later, after a York fumble was caused by Hunter Shoemaker and recovered by the Indians on the final play of the third quarter, Rylin Duncan broke several tackles en route to a 59-yard touchdown run to seal the win. 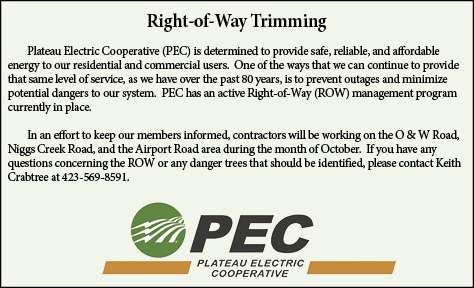 Oneida found itself up only 7-0 at halftime despite thoroughly controlling the game through the first two quarters. The Indians had a touchdown taken off the board by a chop block on the goal line late in the first half, and ultimately missed a field goal.

“We had a couple of drives in the first half we should’ve scored on,” Oneida head coach Jimmy May said. “We had a chance to be up 21-0. I said, ‘They’re going to battle back now.’”

Indeed, York did. The Dragons recovered an Oneida fumble on the first play of the second half and turned it into a 42-yard field goal to get on the board. Later, another Oneida turnover led to York’s 61-yard bomb as the Dragons took the lead.

The long pass represented a third of the total offense that York managed all night, and marked the only time the Dragons managed to complete a long pass against the Indians’ secondary, which spent much of the night batting passes away.

Landon Limburg, in particular, had four passes broken up.

“They’ve had a lot thrown at them,” May said of the secondary. “I can see they’re getting better.”

Oneida wasted little time responding after York took the lead. After the Indians punched the ball into Dragon territory, May dialed up the same play that had resulted in a fumble on the first play of the third quarter. Rector opted to keep the ball, and swept around left end for a 39-yard touchdown run.

Later, Oneida got the ball back on a bone-jarring hit by Shoemaker to end the third quarter. The Indians couldn’t do anything with it, but were able to flip the field. Later, Oneida added an insurance run when Duncan broke five tackles en route to the end zone.

Duncan finished with a season-high 97 yards on the ground on just eight carries.

“I thought we could throw the ball on them,” May said of the gameplan, which involved a number of short-yardage passes. “I tried to help my quarterback out tonight. I tried not to put him in places where he couldn’t be successful, because he’s still a sophomore. He managed the game well and I’m proud of his effort leading the team tonight.”

The win improved Oneida to 4-1, including last week’s covid win over Oliver Springs. More importantly, it kept the Indians in a tie with Monterey atop the Region 2-2A standings.

“The kids didn’t drop their head,” May said of Oneida’s response to York’s rally. “I could see growth in them. They kept battling and they kept fighting until the end, and that’s what it’s about. I’m proud of their effort.”