Eye to the Sky: Another tropical storm could soon impact Tennessee, and it could be a humdinger

Most of East Tennessee saw considerable rainfall from the remnants of the last tropical storm to impact the Gulf Coast, and it looks like we could be seeing the impacts of another tropical depression by about this time next week.

Any time a tropical storm gets into the Gulf of Mexico, there’s a decent chance that it will eventually impact Tennessee. Of course, the ultimate impact on our region is never anywhere close to the impact along the coast. Fortunately, we don’t have to deal with hurricane-strength winds and storm surge here. Our biggest threats are usually flooding rains and, sometimes, severe thunderstorms.

With that said, there are three disturbances in the Atlantic Ocean that are currently being monitored by the National Hurricane Center for potential trouble down the road. All of them have realistic chances of becoming a tropical cyclone, none moreso than one that is currently situated in the Caribbean Sea, just north of Colombia. 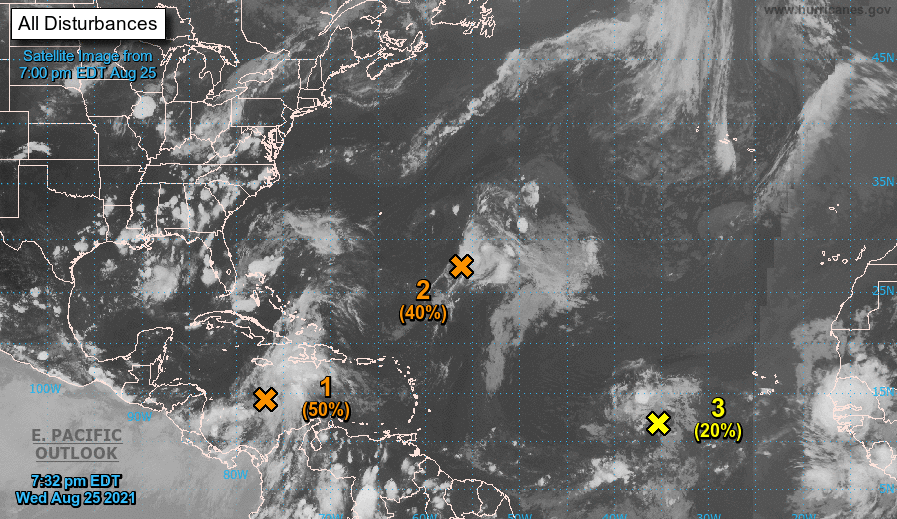 Just to single out one of those models, here’s what the GFS shows this system ultimately doing: 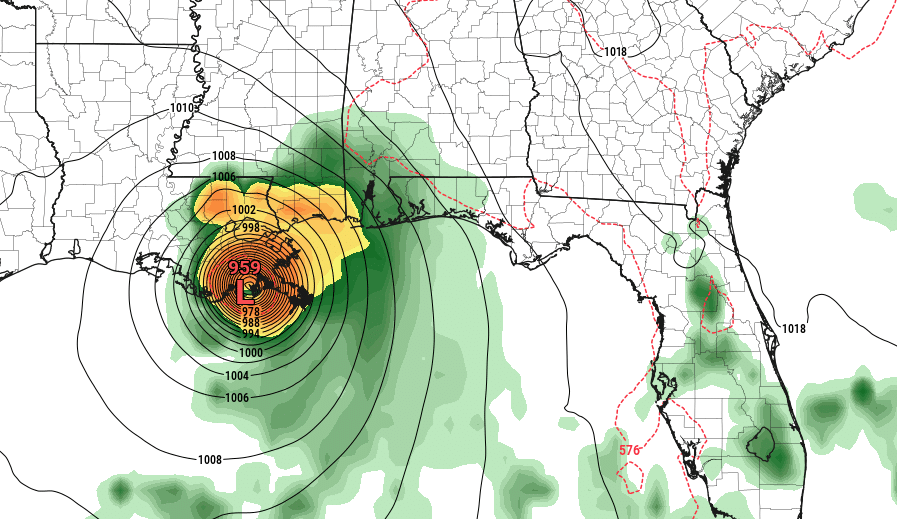 If that projection were to come to fruition, this storm would make landfall somewhere along the eastern Louisiana coast as a major hurricane on Monday. If a projection like this is still showing up within the next 48 hours, you’ll start to hear the inevitable comparisons to Katrina thrown out there. Not that there’s any indication that this will be another Katrina, but that’s the world we live in. Katrina is now the storm to which every tropical system will be compared, if it looks like it’s going to make landfall anywhere close to New Orleans.

For now, the National Weather Service is advising everyone along the Texas and Louisiana coasts to make sure they have hurricane plans in place, while also pointing out that there’s a lot of uncertainty with this potential storm.

That’s about all the NWS can do for now. Indeed there is plenty of time for things to change, and no one has a real good handle on where this thing will eventually make landfall — if it even makes landfall as a tropical cyclone. It seems extremely likely, perhaps inevitable, given conditions in the Gulf, that it will make landfall as a tropical storm or hurricane, but where? That could be anywhere from Mexico to Mobile, as it stands now. And it’s impossible to say whether it will remain a minimal tropical storm, or whether it will strengthen into a beast. But conditions are certainly favorable for storm development, so this one is going to receive a lot of attention from the NWS over the next few days. Air Force Reserve reconnaissance aircraft are scheduled to fly over the disturbance tomorrow to monitor it more closely.

So, what happens this far north and east? Well, that would depend primarily on where the storm makes landfall, how its remnants track once it moves inland, and how strong it is at the time of landfall, among other things. For now, the GFS brings the remnant tropical depression right over the Cumberland Plateau, which would mean appreciable rainfall for us beginning on Tuesday of next week.

The good news is that the GFS has this system really scooting as it moves through, with no blocking to the northeast of us to slow it down. That would allow us to escape the heaviest potential rainfall. There’s no way any model is going to nail down rainfall potential this far in advance, but the GFS is currently projecting between 2-3 inches of rain for the entire northern plateau region from the remnants of this system.

Again, though, it’s way too soon to know if the system will track over our region, let alone how much rain we’ll see from it. Case in point, the ECMWF model is further west with the storm. While it still brings it ashore along the Louisiana coast (though nowhere near New Orleans), it tracks it almost due north, right up the Mississippi River Valley, which would keep any inland impacts well to the west of our region.

The bottom line at this point is that there’s a very high likelihood that some location along the Gulf Coast is going to be impacted by a tropical cyclone early next week. And there’s at least a decent chance that our region will ultimately see appreciable rainfall from the remnants of that tropical system, but there’s no way to know for sure for now because there are too many variables that are currently unknown. For now, it’s a waiting game.