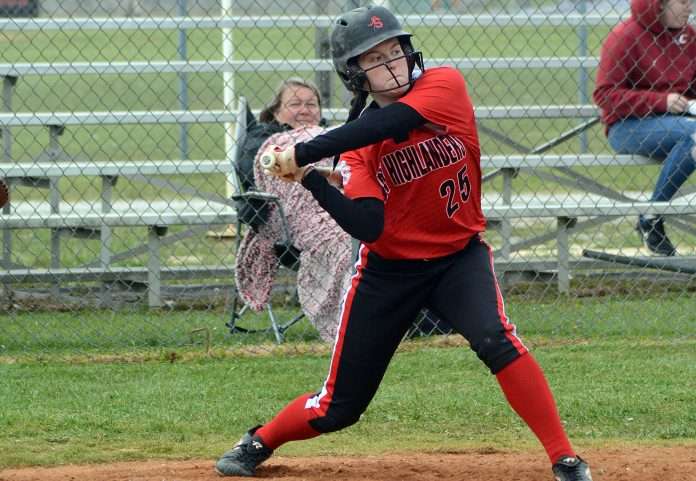 ALCOA — For three innings, it was anyone’s game. But then the home-standing Tornadoes turned it on in the fourth, scoring eight runs to blow open a relatively close game and score a 14-2 win over Scott High.

But the runs came early and often in the fourth, as Alcoa put up eight runs to end the game.

Riley Price had a good night for the Lady Highlanders. The sophomore had a two-hit game, with an RBI and a run scored. Kloey Sexton also had an RBI, while Rachel Garrett also had a run scored as a courtesy runner. Recording hits, in addition to Price, were Sexton and Alaina Duncan.

The loss sends Scott High to the loser’s bracket. The Lady Highlanders will face Kingston on Wednesday at Alcoa, with the first pitch scheduled for 6:30 p.m. The Yellow Jackets fell to Fulton on Tuesday, 11-1.

Oneida bounced back nicely from last week’s setback against Knox Webb, scoring a 7-1 win over Oliver Springs on Monday in the first district...
Read more