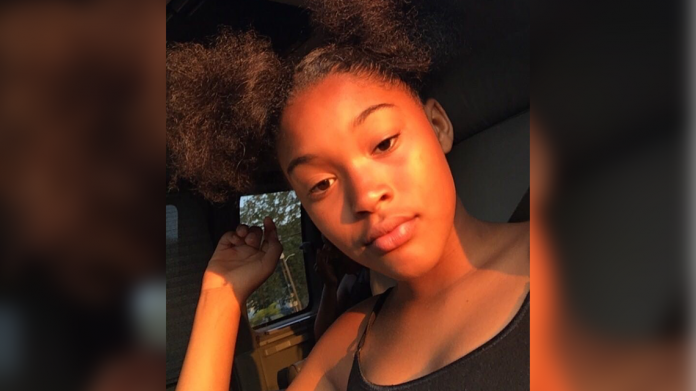 Fifteen-year-old Janaria, a freshman at Austin-East High School in East Knoxville, earlier this week became the third student from the school to be slain in a three-week span. She was found unconscious, shot at least once, at the intersection of Cherry Street and Selmer Avenue a short distance from the school.

Just days earlier, 16-year-old Stanley Freeman Jr., another Austin-East student, was shot and killed as he was leaving school.

Rather, they were believed to be random acts of violence in a city that is suddenly trying to grapple with a surge of violence. Knoxville police chief Eve Thomas said earlier this week that the violence has reached a “crisis point.” The city has had 12 homicides already in 2021. For perspective, there were only three at this same point in 2020.

For Austin-East students, the grieving began well before Janaria’s death on Tuesday prompted city leaders to meet and promise change. In late January, 15-year-old Justin Taylor was accidentally shot to death by a friend, a 17-year-old who has been charged with criminally negligent homicide.

On Thursday, Austin-East’s basketball team made the drive to Huntsville to face Scott High in the opening round of the District 4-AA basketball tournament. But the news coming out of East Knoxville helped put basketball in perspective. The game began with a moment of silence in memory of the three slain A-E students, and an announcement from Scott High Principal Melissa Rector that the school would donate $700 to each of their families.

It’s hard to sit side court and judge just how much the events of the past week were weighing on the A-E basketball players, but it wasn’t hard to notice that there was a lack of emotion — both on the court and in the stands behind the Roadrunners’ bench. It wasn’t that Austin-East didn’t show up to play; after a tough start, A-E at one point cut a 16-point Scott lead to just seven in the third quarter before the Highlanders were able to put the game away. But there didn’t seem to be a lot of emotion — not from the players, and not from their families who made the trip to Scott County. Behind the bench, there was only a light smattering of applause whenever the Roadrunners scored a basket. In the waning minutes, A-E made little effort to foul the Highlanders and let the game be decided at the free throw line; it was as if the Roadrunners were ready to concede.

And who could blame them? How do you get fired up for a basketball game after learning of multiple classmates being shot to death? A-E is a school that is about the same size as Scott High; a school small enough for all the students to pretty much know one another. When one grieves, they all grieve — just like our own kids do.

For basketball players and fans, the postseason is the most wonderful time of year — the season that all of the work has been to prepare for. Most of us who love the sport treat basketball — especially at this time of year — as if it’s a life-or-death proposition. But when leaving school or simply walking through the neighborhood is a very real life-or-death proposition, the importance of basketball and its scale in the grand scheme of things takes on a completely different meaning.

So, sitting courtside Thursday and watching the game play out, and looking at the photo of Janaria Muhammed, you couldn’t help but feel grateful that for where we live and what we have — and the fact that our own kids are able to focus solely on basketball and not grieving the loss of classmates.

It’s not that Scott County is a utopia; we know that. We have our own problems. We grapple with a prescription drug epidemic that has tentacles in just about every facet of our community. We struggle with high poverty rates. We worry about joblessness.

Yet, our kids aren’t being shot as they leave school. Our kids aren’t being shot as they drive down the street. They don’t have to worry about waking up to headlines that another of their classmates has been murdered. There’s much to be said for our ability to send our kids off to school in the morning and not worry too much about whether they’re going to return home safely.

I have twins who are freshmen, like Janaria. In a couple of weeks they’ll turn 15, like Janaria. Maybe that’s why it hits home a little more for me, and for all of us who have kids who are in high school. Maybe we realize that but for God’s grace, it could be us mourning the loss of a child.

But we have plenty in common with Knoxville. Interstate 75 is to Knoxville and Scott County as the carotid artery is to the heart and brain. Many of our residents travel it south in the morning and north in the evening to work in Knoxville. Even more of us shop in Knoxville. And, of course, sports have long connected Scott High to schools like A-E and Fulton and Catholic.

It’s perfectly natural to feel relieved and thankful that our kids don’t have to worry about the violence and tragedy that the kids at Austin-East have to worry about, but that doesn’t mean that we shouldn’t feel empathy. We’re all human beings, with much more in common than what separates us.

Because here’s the thing: Those kids at Austin-East didn’t ask for any of this. It’s not a secret that Knoxville’s most dangerous neighborhoods are on the east side of town. If you’re from East Tennessee, you’ve long known that Cherry Street is too often synonymous with violence. It’s too easy to say Austin-East is just a different kind of school. In the past, it’s been too easy to bring race into the discussion.

But, kid for kid, Austin-East might be the most well-mannered team in District 4-AA on the basketball court — or, at least, as much so as any other. When one of their players questioned an official’s call during Thursday’s game, head coach Marcus Stanton was quick to shut him up. “Don’t talk, just play,” he said. “We don’t talk. We don’t need to do that.”

When you walk inside Austin-East High School for a game, you don’t feel threatened or scared. You feel welcomed. Old-timers will say it wasn’t always that way. Maybe it wasn’t, but that speaks to the job that Principal Nathan Langlois and the rest of the A-E administration have done at the school. There’s an old saying about how you can’t control your surroundings but you don’t have to let your surroundings control you. Maybe that applies at Austin-East. Their students no more want to be defined by the stories of shootings that are in the news than our own students want to be defined by the stories of drug abuse that too often seem to be in the Knoxville news.

Janaria Muhammed’s family says that she loved volleyball and dance. My kids love basketball and soccer. She was making plans for her future, just like they’re making plans for their futures. Thankfully, my kids don’t have to worry too much about being gunned down as they walk down the streets of their hometown, but none of us ever knows where evil lurks. We can’t pretend to know the hurt and heartache that the Austin-East community is dealing with, but we can stand beside them and support them. The hat is off to Scott High for their financial contributions to the families of the slain A-E students. It might be a small token, but it is symbolic that all of us stand together as people in the fight for the soul of humanity … that all of us stand with A-E.

As I drove by the courthouse square in Cookeville, Tenn. and saw the impromptu candlelight vigil that was taking place on the lawn, it...
Read more
Opinion

With obstruction efforts being launched from the very top on down, there’s never been a more difficult time to be in education. Whether you’re a...
Read more
Opinion

Alice Louise Litton Rayburn, of Helenwood, passed away on Friday, Sept. 17, 2021 at LaFollette Medical Center with her loving family by her side....
Read more