Those are the words that Jake Wright uses to describe his hire as Scott High School’s girls basketball coach.

The 27-year-old, who comes home to Scott County after a stint as an assistant coach for the Cleveland State women’s program, can’t wait to get started. 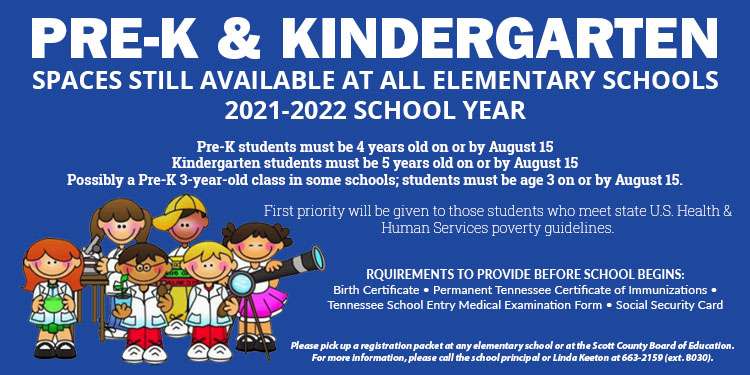 “It’s a challenge that I just can’t wait to take head-on,” Wright said. “For me, it’s my first chance as a head coach to run my own program and I’m excited for it. I’m ready to get these girls and get to work on it. Scott High is such a great school, and I know these girls are such great individuals on and off the court.”

Local basketball fans know Wright is a former Oneida standout. He help lead the Indians to a substate appearance in 2012 before signing with Berry College outside Atlanta. But he makes it clear that his blood has just as much red in it as orange. His father, Robert Wright, who has worked in just about every capacity at both Scott and Oneida during a coaching career that has spanned several decades, was a head football coach for the Highlanders in the late 1980s. His mother, Carla Wright, is a former Scott High player — spending her last season under the tutelage of Coach Jack Diggs.

“It was the right opportunity at the right time,” Wright said. “This job just really spoke to me. I prayed about it a lot. It’s my mother’s school. She played for that program that I’m about to coach, during the early years when they were still playing 6-on-6. I want to get the program back to the right place, I see that she wants it at the right place, and for me to have a chance to do that, I couldn’t pass it up.”

Wright replaces Jackson Sharp, who resigned after 12 seasons at Scott High. He leaves as the school’s second winningest coach, behind his father, the late Doug Sharp.

“Not only does he bring a high level of experience and knowledge of the game, but Coach Wright has a passion for preparing athletes for success on the court and in the classroom,” Rector said in a statement. “We believe he will be an excellent addition to our Highlander family.”

“I appreciate the coaches who applied,” Henry told the Independent Herald. “All four we interviewed had qualities that we look for for our student athletes. But Jake really has that something extra. His passion and exuberance really shine.

“He brings a lot to the table,” Henry added. “He has played at the next level. And he’s coached there. He recruited female athletes all over East Tennessee. He knows and understands what this district demands.”

Henry said that Jake Wright is a lot like his father.

“I had the privilege of playing football under the original ‘Coach Wright,’” he said. “I have always thought a lot of Coach Wright. Jake reminds me a lot of him. I’m excited for Scott High and especially our Lady Highlander basketball players. Coach (Jordan) Jeffers has planted the seed of positivity around SHS basketball and our entire school culture. He has set the bar for all area coaches. I fully expect Coach Wright to live up to and exceed that level of professionalism and enthusiasm.”

After beginning his college career at Berry, Wright eventually transferred to Bryan College in Dayton, Tenn., where he played until knee injuries forced him to give up the game as a player. But he immediately transitioned into a role as a coach, serving as a graduate assistant and the JV coach on the Bryan staff.

“I got a lot of coaching experience at Bryan,” he said. “Especially with JV, there’s very little money and we had to be creative with everything we did. We had to fight, scratch and claw for practice time. That taught me to be a gritty coach — how to fight for your kids, fight for your program.”

It was after making the move to the women’s game at Cleveland State that the course was set that would eventually lead Wright home.

Although Wright was a finalist for the Oneida boys job three years ago, he might have always stayed at the collegiate level, if not for the right opportunity.

“I got to coach so much talent at Cleveland State, it’s just crazy,” he said. “We had three sophomores this year and all signed to go on to bigger schools — one with a Division II school and one with Penn State in the Big 10. Being able to send a girl who comes from the Caribbean and will be the first person in her family to get a college degree, to send her to Penn State to finish it out, that was just an awesome feeling for me. That’s gonna be one of my greatest career accomplishments.”

As he transitions into the high school game, Wright offered a glimpse into his approach as a coach:

“My style is I’m not a yeller; I’m a teacher,” he said. “I like to be able to talk to the kids. I want them to be able to understand me. I don’t believe in screaming my head off on the sideline to get people going. But I can motivate, too. I’m a big Xs and Os guy, and you’ll always see me on the board drawing up stuff, pacing on the sideline talking to them and helping them move on the court.”

Wright’s style will be fast-paced basketball.

“I want this team to go fast,” he said. “I believe women’s basketball is growing and adapting as we speak. The future is that fast-paced, open offense where you have a point guard pushing it every time, trying to get that layup, your big running to the rim every possession.

Having been a recruiter at Cleveland State, Wright has the advantage of knowing Scott High’s current players, as well as the players at other schools in the district. He’s also started his homework, “watching every film I can find,” he said, and he’s excited by his new team’s potential.

“We’re going to go at it full-bore,” he said. “I’m excited for these young women. I’m ready to give my all for Scott High, and I hope they’re ready to give me their all as well.”

Wright said the key for Scott High to compete in District 4-AA is to focus on fundamentals.

“You have to be fundamentally sound to win games,” he said. “We’re gonna go to work this summer, getting better at the fundamentals. I want a team where anybody who grabs a rebound can take off and bring the ball down the court. We’re going back to the basics, but we’re also going to learn how to compete. We’re not going to be afraid of anybody in that district. We’re going to respect all, fear none. I think that starts with creating a culture. And that starts Day 1. So we’re gonna work our tails off and hopefully put some banners up soon.”

Wright said that Scott County “has always had a lot of women’s basketball talent.” Oneida’s success speaks to that; the Lady Indians won a state championship in 1994 and are perennial district championship contenders. Marv West’s Lady Indians have been to the state tournament the past two years. Scott High has also had success. There are a lot of banners hanging inside Highlander Gymnasium from the 1990s, when Doug Sharp was coaching players like Lisa Pace and Brandy Brown Rogers, currently a teacher at the school, among many others.

Wright has watched Alcoa, Fulton, Kingston and Austin-East compete. He knows the players currently in those programs, having recruited those schools at Cleveland State. The key for Scott High to get to where he wants the program to be, he says, is to start thinking about competing in the district before you think about competing in the region.

“Everything is a process. Nothing is ever given,” he said. “We’re gonna have to work and fight and scratch and claw for everything. The first thing for this team is we’re gonna have to be competitive in district games. That’s what we’ve lost over the years and that’s where we have to start. I think we can turn some heads and I think we have the talent to do that.”

Wright has not yet begun the process of building a staff, though he said he is excited to do so. But there will be a parent-player meeting next week, after which he plans to hit the ground running. In the meantime, he made it clear that Scott High is a destination job and not a stepping stone.

“I believe in them, they believe in me, and I’m ready to turn it around — not just for a couple of years and then go off to better pastures,” he said. “I’m in it for the long haul. When I see that first girl who wears No. 24 like my mother did at Scott High, that’s gonna blow me away. When I can come to that first Scott High football game at the beginning of the year wearing red …”

He stops there, unable to complete his thought. But it underscores where he started the conversation: He’s “over the top excited” to start working on turning the Lady Highlander program around.