Home Outdoors Hike of the Week: No Business Creek

Hike of the Week: No Business Creek

In some ways, the Twenty Week Hiking Challenge saved the best for last.

The hiking challenge, which began in March, concludes this week with a hike along No Business Creek in the Big South Fork National River & Recreation Area. The hike won’t follow a single trail, but will connect a hodge-podge of trails for a 6.0-mile loop that begins and ends at Terry Cemetery off Divide Road. 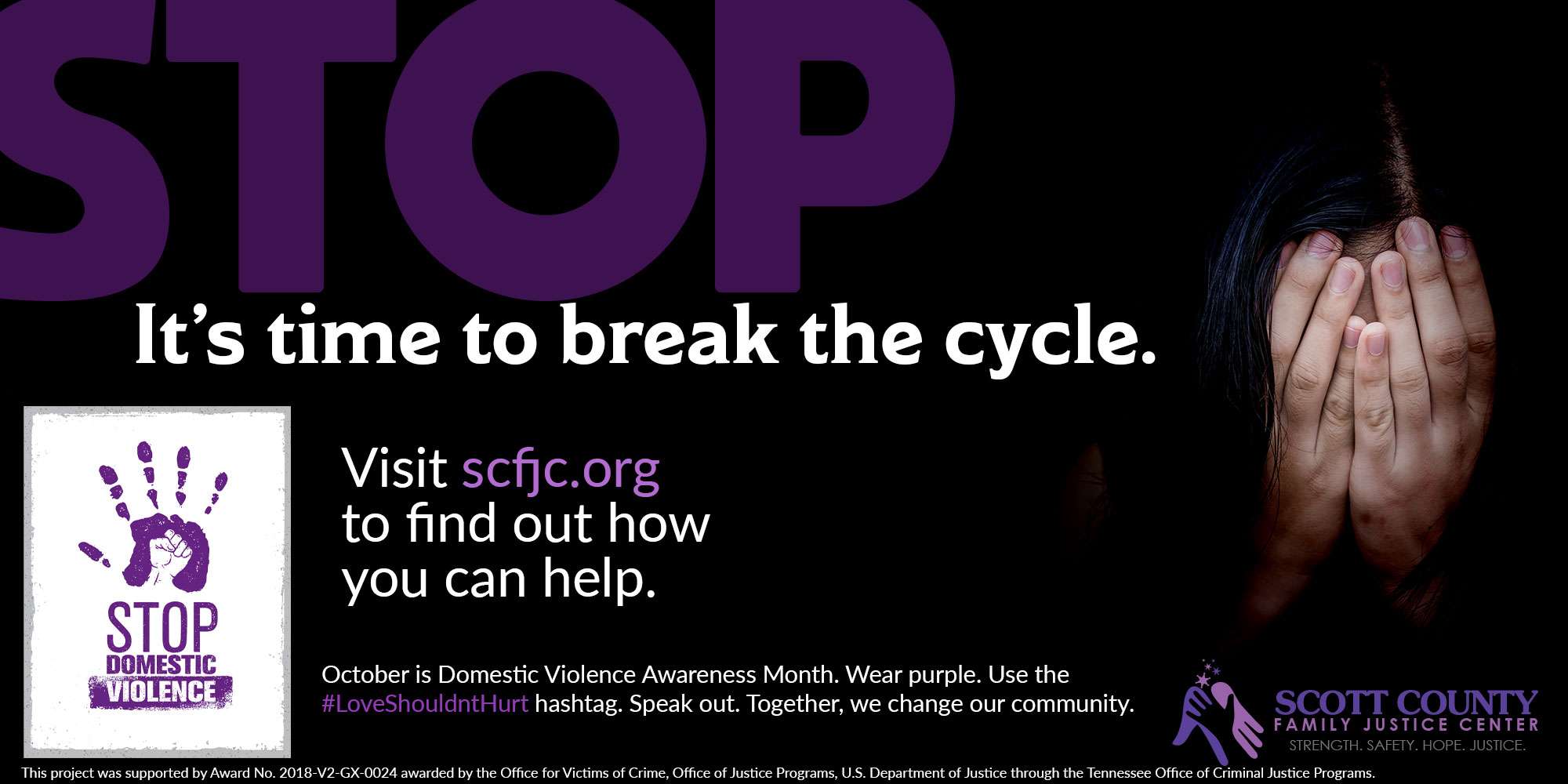 In terms of scenic beauty, this week’s hike doesn’t meet the standard set by trails like Honey Creek, Burnt Mill or Blue Heron. But when it comes to history and interesting features, this hike is jam-packed with it.

This week, just getting there will be half the fun. From S.R. 154 near Pickett State Park, it’s nearly 10 miles to Terry Cemetery — about as far back into the Big South Fork backcountry as you can get in a motor vehicle. The drive is a nice one, though, following the narrow, gravel road deeper and deeper into the forests. There’s a better than average chance of seeing several varieties of wildlife along the drive, including bear.

Just past Terry Cemetery is a parking area and trailhead for the Maude’s Crack Trail. The mile-long footpath leads along the spine of a narrow ridge that eventually ends above the No Business Creek Valley.

Maude’s Crack is named for Minnie “Maude” Nelson Roysdon, a preacher’s wife who lived in the area. As the story goes, Maude’s husband — Isham Roysdon — and some other men were working on a timber crew in the gorge, and she delivered lunch to her husband each day. The men were amazed that she was able to get it from the stove to their hands while it was still hot, not realizing that she had found a shortcut into the gorge — one that didn’t require her to walk the long way around.

That “shortcut” was a fissure through the cliffline, one just big enough for an adult to squeeze through and travel from the ridgetop to the base of the bluffs, or vice-versa.

Another, more likely story, related by authors Brenda Deaver, Anna Smith and Howard Duncan in their book, “Hiking the Big South Fork,” is that the muddy chute through the cliff line was used by the Roysdons to access a rock shelter that they lived in after their home on top of the ridge burned.

Before getting started on the hike, explore Terry Cemetery. Maude (1888-1946) and Isham (1867-1935) are both buried there, as are many other early settlers of northwestern Scott County in the territory that is now the Big South Fork NRRA.

From the cemetery, the hike to Maude’s Crack is flat, following the ridgetop for about a mile. At the crack, there is a rock outcropping that provides a scenic, panoramic view of the expansive No Business Valley that stretches out below. No Business was one of the widest valleys in the rugged Big South Fork country, which is why it was also one of the biggest settlements.

Among the features visible from the overlook is a butte known as Burkes Knob. The Burke family once owned much of the land along No Business Creek. One of them, Hudson Burke, mined niter and sold it to powder mills. He helped blaze the road to Monticello.

After admiring the view from the overlook, it’s time to scramble down through the crack to the base of the cliffline. It’s narrow, steep and slippery, especially after recent rains. There’s a rope in place to assist hikers who are making the descent, but exteme caution should be used. Losing one’s footing could lead to a slippery slide, or even a tumble, down the crack.

At the base of the crack, the official trail ends. However, the John Muir Trail — the long-distance trail connecting Pickett State Forest to Honey Creek — is just a hop, skip and a jump away, and there’s a plainly visible footpath leading through the boulders to get there.

When emerging at the John Muir Trail, hikers should turn left. Turning right would lead to the Big South Fork River in the direction of Station Camp Creek, and would require some backtracking.

After taking the JMT to the left, hikers will wind back and forth as the trail travels downhill to No Business Creek. After crossing the creek on a wooden footbridge, hikers will almost immediately encounter the first homestead.

Today, that homestead is visible only as tall foundation stones that jut out of the undergrowth. Not too long ago, though, this was the site of a two-story, tin-roofed house. In fact, it was the only two-story home on No Business Creek. And, until it was removed by the National Park Service in 1992, it was the last home remaining in the old No Business settlement.It was built in 1930.

Just across the creek, the foot trail intersects with the No Business Trail, an equestrian trail that runs the legnth of the creek. Turn left on the No Business Trail and continue along the path. You’re now hiking through the historic No Business community. There isn’t much to see now, but this was once a thriving settlement — with two general stores, a blacksmith shop, a grist mill, a school, a post office and two churches. There was a swinging bridge, and the community even had its own baseball team.

Gone are the split-rail fences, picket fences and old barns that stood as late as the 1990s. Hikers can see where the fields once lined the creek, but they’re quickly being reforested and aren’t so much fields as thickets these days. The old homesteads are identified by the sandstone that was once used as foundations for the homes. Some are visible from the trail, many are not. Wire fences and rock fences are still visible at points along the way, as well.

It has been written that Slaven’s home was a fortified dwelling, with rifle slats for windows. He and his wife, Susanna Mabel Mounts, raised at least 10 children along Tackett Creek. They had 65 grandchildren and many more great-grandchildren.

Years later, Richard Harve Slaven’s great-grandson, Dewey Slaven, was the only settler remaining at No Business Creek. He moved out in 1960 after falling ill, and the No Business Creek Valley — which was once home to 300 people — was abandoned.

Hikers must ford Tackett Creek, which means getting their feet wet if it has recently rained.

The Longfield Branch Trail will be the way back to Terry Cemetery, but hikers should first continue along the creek for another half-mile to the Ranse Boyatt homestead.

All that remains of the Boyatt farm today is the unique double chimney that was once in the middle of the cabin, and the cleared field surrounding it. This was the site where Ranse Boyatt was murdered by vigilantes in the 1930s who hoped to learn the location of his son, Jerome Boyatt. The younger Boyatt was accused of murdering two lawmen in Pickett County, and the entire Boyatt county had been kidnapped and were being held in the jail in Byrdstown until Ranse Boyatt was allowed to return home to tend to the farm.

Boyatt’s murder convinced Jerome Boyatt to give himself up. He turned himself in to Scott County authorities and was housed in the jail at Huntsville. But weeks later, vigilantes stormed the jail while the sheriff was away, kidnapping Boyatt and another man. The following morning, Boyatt’s bullet-riddled body was found along U.S. Hwy. 27 in Helenwood.

The Boyatt cemetery can be found by hiking along a short footpath into the forest beyond the homestead.

Back at Longfield Branch, hikers must ford No Business Creek — there’s no way to avoid getting your feet wet unless you choose to risk crossing the creek by balancing on an old log nearby — and take the trail to the top of the hill and back to Terry Cemetery.

Getting There: Take S.R. 297 west from Oneida, through the Big South Fork River gorge and into Fentress County. Where S.R. 297 intersects with S.R. 154, turn right to continue north on S.R. 154. In a few miles, Divide Road departs the highway on the right (if you come to Pickett State Park, you’ve gone too far). Stay on Divide Road for about 4.7 miles, then turn right onto Terry Cemetery Road. It’s about another five miles to the end of Terry Cemetery Road and the trailhead.

Be Careful For: There is an unprotected overlook at the top of Maude’s Crack. The passageway through Maude’s Crack is very steep and slippery, and may not be suitable for some small pets or small children. Near the end of the hike, the trail fords No Business Creek, which is not bridged and requires walking through the water.

Remember To: Use the #20WeekHikingChallenge hashtag in your photos on social media, or email photos to newsroom@ihoneida.com, along with the names of all members of your hiking party, in order to log your miles.

You might say there’s a little Mountville, Pa. in Oneida during the Halloween season. That’s not entirely true, but it was Mountville — or, more...
Read more
Local News

Each year, on October 23-31, individuals, schools, and communities across the United States show their commitment to a healthy, drug-free lifestyle by wearing or...
Read more
Region/State

CARYVILLE — The Tennessee Bureau of Investigation is probing an officer-involved shooting that left one suspect dead and another hospitalized Thursday evening. The incident involved...
Read more
Oneida

A thick fog settled across Jane Terry Hoffman Field Thursday evening, and from it emerged Kamryn Kennedy with what might have been the best...
Read more
- Advertisement -